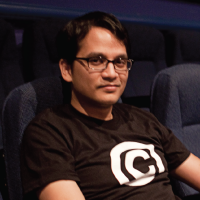 Gordon McAlpin (the voice of “Jason,” executive producer, director, animator, editor, & co-writer of Multiplex 10: The Animated Short) wrote and illustrated the comic strip Multiplex from July 2005 through April 2017 and has produced three Kickstarter-funded Multiplex collections. Beyond comics, he is a freelance writer, designer, illustrator, and animator. He currently lives in Somerville, MA.

Tom Brazelton (the voice of “Kurt,” co-producer for Multiplex 10: The Animated Short, producer on Multiplex 10: The Web Series) is the former artist/writer of the movie-themed comic Theater Hopper. He still enjoys writing and drawing, and he still likes movies (although, these days, it’s a lot more Pixar and a lot less Jim Jarmusch). Eventually, he’s going to get back in the game and publish some journal comics. 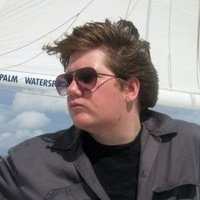 Joe Dunn (the voice of “Curtis,” co-producer for Multiplex 10: The Animated Short, producer on Multiplex 10: The Web Series) is a graphic artist living and working in the New York City area.  He loves movies and drawing. He tries to do both non-stop. You may know his work from Joe Loves Crappy Movies or some other terribly-titled webcomic. 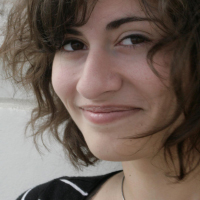 Dana Luery Shaw (the voice of “Melissa,” producer and co-writer of Multiplex 10: The Animated Short) has dreamed of making animation since she was a kid, and she has successfully tricked Gordon into making her dream a reality. She is the co-executive producer of the digital series Personal Space; she also created the indie ARG The Wall Will Fall, and wrote for the web series Echo Chamber and Classic Alice. 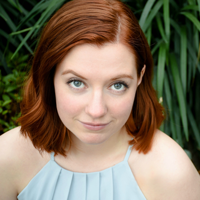 Aiyanna Wade (the voice of “Becky” and “Sunny”) has recently appeared on Channel Awesome’s Nostalgia Critic and is the cohost of the Awesome Comics podcast. She currently works on stage in Chicago and lives with her other half Jake and kitten Gideon. 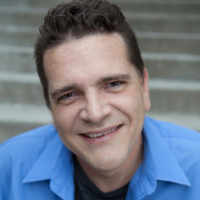 Chris Rager (the voice of “The Blogger”) is a professional voice actor, perhaps best known for his work with Funimation. Previous roles include Mr. Satan on Dragonball Z, Arlong in One Piece, and Mr. Torgue in Borderlands 2. 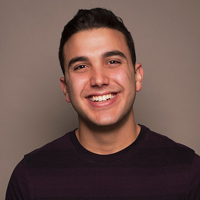 Javier Prusky (the voice of “Neil”) was born and raised in Montevideo, Uruguay. After relocating to Atlanta, he trained at The Company Acting Studio in Atlanta for three years. He graduated from Syracuse University with a BFA in Acting in 2016. He has also attended master clown Philippe Gaulier’s  at school in Étampes, France; studied Shakespeare at The Globe Theatre in London, UK; and studied On-Camera Technique at The Actor’s Space in Barcelona, Spain. He splits his time between Atlanta, New York City, and LA. 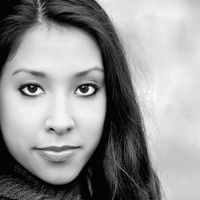 Tangelene Bolton (composer) is known for creating powerful and distinctive melodies.  Upon moving to Los Angeles, she had the amazing opportunity to work for Remote Control Productions (Hans Zimmer) and now continues to work on projects in the realm of film, TV, and video games. She most recently worked on Rise of the Tomb Raider (Crystal Dynamics), Girlfriend’s Day (Netflix), and Jem and the Holograms (Universal). Tangelene’s goal as a composer is to create an experience that lingers in the subconscious of the viewer, impacting and shaping their experience. You can listen to some of her work at Tangelene’s professional website and on SoundCloud. 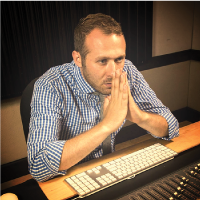 Ian Vargo (sound designer for Multiplex 10: The Animated Short) has been heard on nationally-televised ad campaigns, award-winning short films, and viral web content. Most recently, he has worked with the Los Angeles Directing team “Cousins” whose videos have amassed over 30 million views on the internet. He’s also a music producer, mix and mastering engineer, and a multi-intrumentalist musician. Ian also teaches Audio Production at The Art Institute of California. He enjoys binge watching television while sitting on the couch with his wife Erin, Italian Greyhound Luigi, and fluffy cat Babycita. You can see some of his work on Ian’s professional website.

Amy Guth (Associate Producer) is Executive Director of the film production company Strangewaze and a talk show host on WGN Radio in Chicago. She is president of Association for Women Journalists Chicago and serves as a mentor-editor and senior facilitator at The Op-Ed Project’s Public Voices Fellowship. She co-founded the Yak Channel podcast network, is author of the novel Three Fallen Women, and, in 2013, was named Chicago’s funniest media personality for telling a humiliating and cringe-worthy story in public.