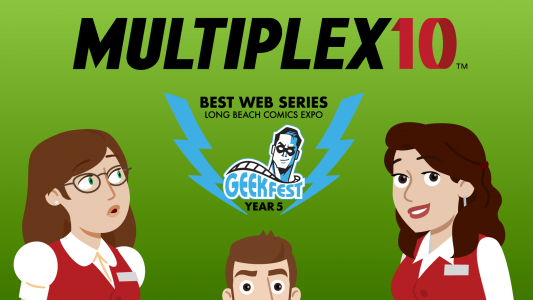 Over the weekend, Multiplex 10 made its debut on the film festival circuit at TWO festivals: the Door County Short Film Festival and GeekFest Film Fest’s first convention of the year, at Long Beach Comics Expo.

But not only did it screen at those festivals — it won some honors at each of them, as well, being named a finalist at the Door County Short Film festival and voted Best Web Series by LBCE’s attendees! Thank you, Sister Bay and Long Beach!

Jason is sick of hearing people talk about The Last Jedi.