We’ve passed our goal and greenlit one more episode of Multiplex 10: The Web Series, so we’ll get back into production as soon as the Indiegogo campaign ends.

But we’re not done yet! We have exactly one stretch goal: for every $2,500 over the base goal, we will produce at least two more minutes of animation! We want to exceed whatever the promised goal is, but we need to be conservative with that, so we don’t run out of money again.

If you haven’t already, check out our Indiegogo
project page and pledge your support!

I got my dates mixed up earlier in the week, but today (1/29/20) is the second anniversary of Multiplex 10, marking two years since both Multiplex 10: The Animated Short and our first web series episode debuted!

We’ve been a little quiet lately (sorry about that) but we want to make at least one more episode of Multiplex 10, and we need your help to do it!

Head over to Indiegogo TODAY to pledge your support!

We’ve got a very small $2,500 goal for one additional episode (already written and storyboarded!) but every penny more than that will help us make even more Multiplex 10.

(Please note: If you backed the web series Kickstarter, this new campaign is expanding that project! Tossing us a few dollars will absolutely help, of course, but you’ll get all the same producer credits in any new episodes that you did then.)

We’ve got a loose roadmap for the final three Kickstarter-funded videos. They will be (assuming everything works out):

Due to the ambitious nature of the three episodes we’ve produced to date, which run longer than the first SIX web series episodes combined (not counting credits), and we’re running on fumes right now — so if you love Multiplex 10 and want us to keep making them, tell your friends about the series and help push us over the finish line by becoming our Patreon patron today — or making a one-time donation.

Obviously, we hope to produce more Multiplex 10 in some form after these episodes are done! (We’ll be doing some comics on this site, at the very least.) Who knows that the future holds?

Thanks as always for your support! More soon.

Our longest web series episode to date, “More Than Meets the Eye,” is on track to be completed later this week. We’re aiming to release it to the public on Monday, February 18th.

After this episode is completed, we’ll have produced over 50 minutes of animation in roughly a year and a half — for less than $1000 per minute.  (That’s not counting a few promotional clips here and there for Indiegogo, Patreon, etc.)

Please consider helping us keep Multiplex 10: The Web Series going by becoming our Patreon patron OR making a one-time donation at Stareable, PayPal, or Venmo. 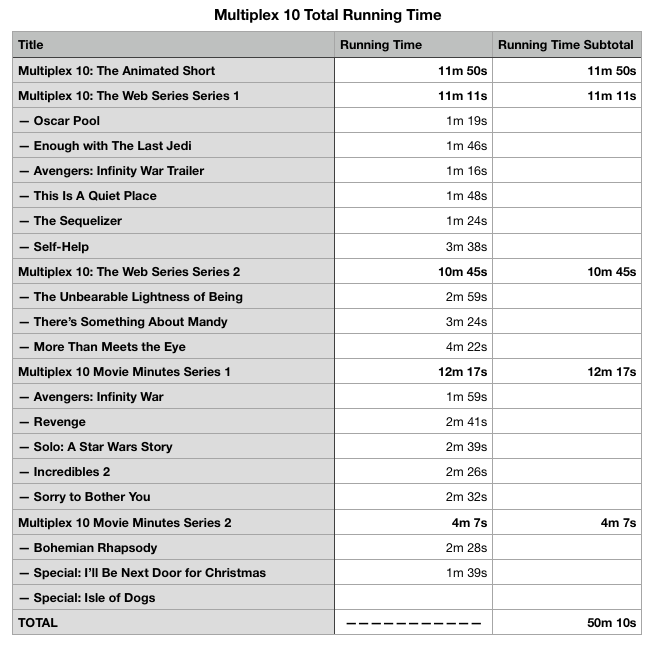 Multiplex 10: The Animated Short is an award-winning comedy about the movie-loving and customer-weary staff of the Multiplex 10 Cinemas. Kurt is an usher, pining for that special someone to share his love of horror movies. The newest hire, Jason, is a film snob who just needs a freakin’ job. Despite their differences, the pair will make fast friends—unless they kill each other first.

Original released to theaters and subscription-based platforms in January 2018, you can now stream the full short FREE on YouTube. And once you’ve watched the short film, be sure to watch
Multiplex 10: The Web Series! 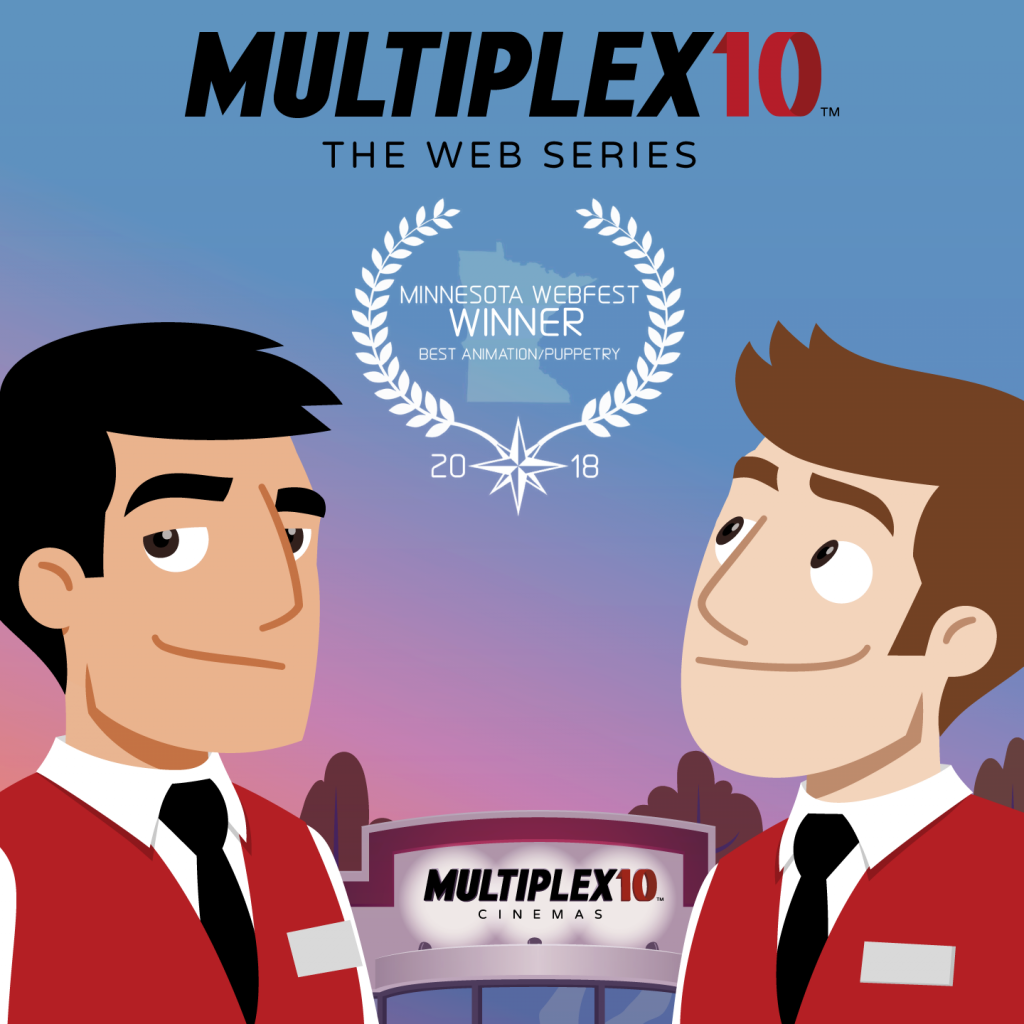 Multiplex 10: The Web Series has won the Best Animation/Puppetry award at Minnesota WebFest! This news comes hot on the heels of winning Best Web Series at two recent GeekFest Film Festivals: Long Beach Comic Con and HawaiiCon earlier in September! We couldn’t be more thrilled about our recent successes on the festival circuit.

Speaking of Multiplex 10: The Animated Short, although its film festival run will continue for a little while longer, the pilot that started it all will be finally released publicly NEXT MONTH (a.k.a. October), when it makes its YouTube Premiere on October 26 at 12pm (a.k.a. noon). Set a reminder for yourself to watch it live with me — or, you know, sometime after that.

On another unrelated note: in case you missed the recent announcement — due to a big dumb mistake, the old Multiplex 10 YouTube channel was deleted, and we’ve had to reupload all of the videos that we had backups for (which was all the important stuff). If you have not already, you will need to RESUBSCRIBE at https://www.youtube.com/c/Multiplex10Cinemas in order to continue getting updates!