Melissa and Becky also think you should pledge to support the Multiplex 10: The Web Series Kickstarter.

We’re coming up on one week into the Multiplex 10: The Web Series Kickstarter, and fast approaching $7,000 pledged! That’s on track to hit the goal — but around holidays (like the 4th of July this Wednesday) things get pretty slow on the Internet, so

While anybody coming to this website very likely already knows these two hooligans, in order re-re-re-introduce Kurt and Jason to potential backers around the Internet, I made this comic. And I’ll be doing a few more as we get closer to the deadline. Who doesn’t like more Multiplex 10 comics? NOBODY, that’s who. 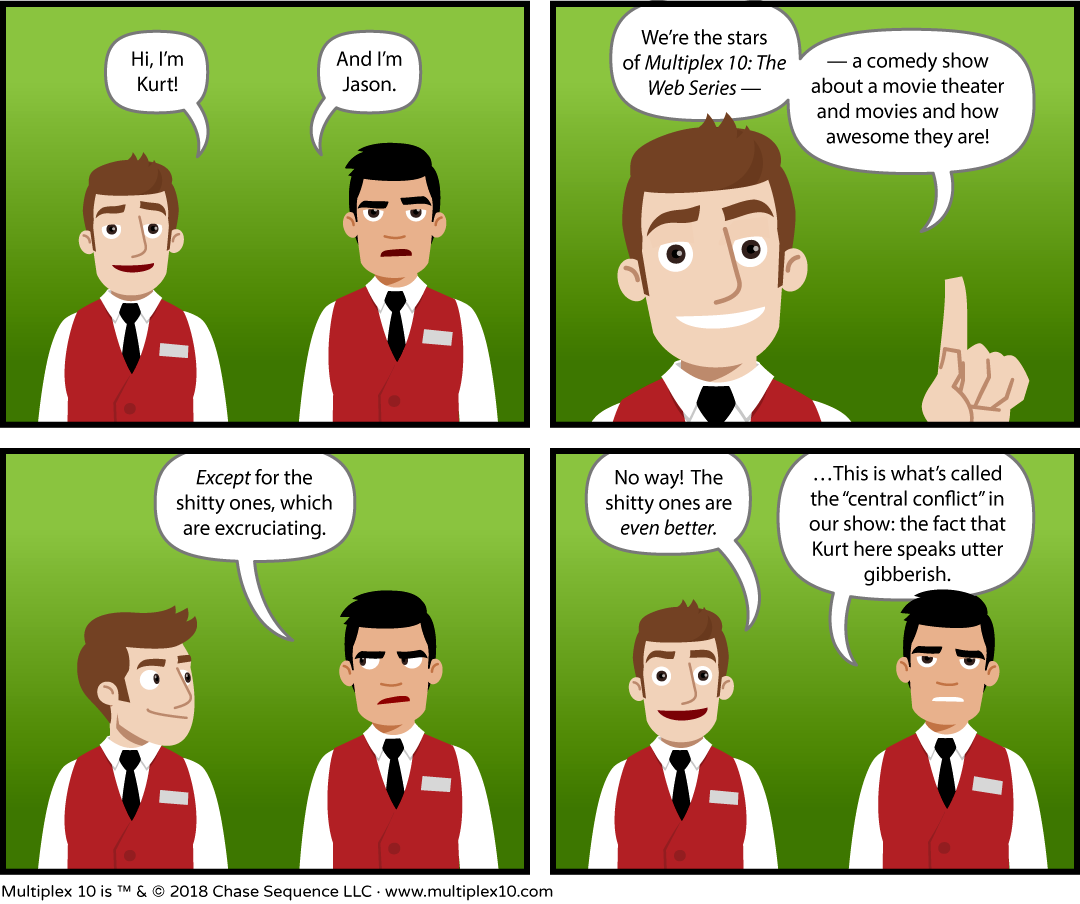 If you haven’t already, please consider backing the Multiplex 10 project as early as possible! The closer we get to deadline, the more important it is for us to look like we’re in striking distance of the goal. Because we do have a very good chance, if my past Kickstarter are any indication, and it would be fantastic to be able to fund longer or more complicated episodes, or more than just the five web series episodes and five reviews. The more money we raise, the better we can make Multiplex 10.

I’ve been avoiding talking too much about what this new batch of episodes will be like, because it’s always possible that as we get to the production date, we’ll scrap any ideas we have now and do something completely different. But there are two ideas I’m comfortable mentioning:

What do YOU want to see Multiplex 10 touch on in upcoming episodes? Any genres or upcoming movies releasing this fall/winter that you’d like to see us make fun of in a web series episode or review in a Movie Minutes episode? Let me know on Facebook, Twitter, or wherever. 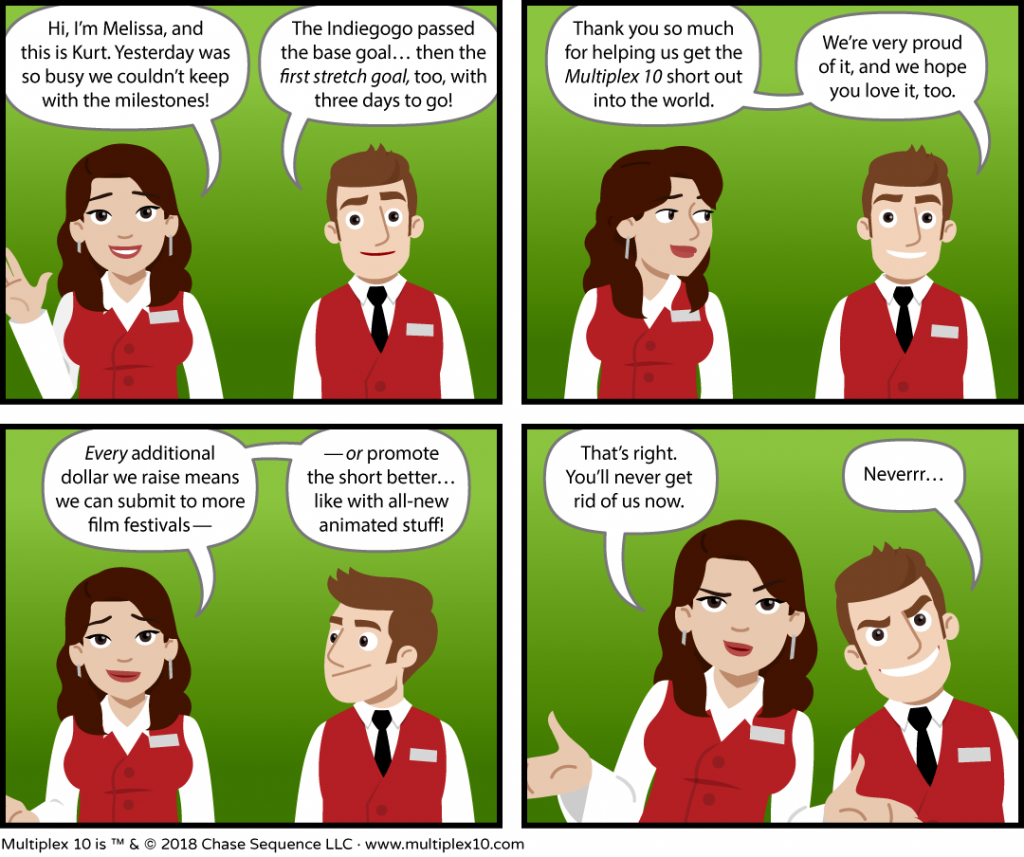 Like Melissa and Kurt said in the comic, we’ve blown past the base goal for the Indiegogo Second Chance campaign, and we’ve passed the $3,000 stretch goal, as well—with a couple of days remaining in the funding period.

At this point, we’ve unlocked 4GB USB cards and a director’s commentary track for the short film, and we’re already getting the ball rolling for some all-new animated things. The exact format is up to the funding.

At the $4,000 stretch goal, we can definitely fund a 2–3 minute webisode. Less than that, and we’ll see what we can do… A minute? A handful of even shorter things? We’ll see! Whatever it is, it’ll be fun.

If you’re up for helping make that happen, head on over to the Indiegogo campaign page and pledge today! The campaign ends on FRIDAY NIGHT. 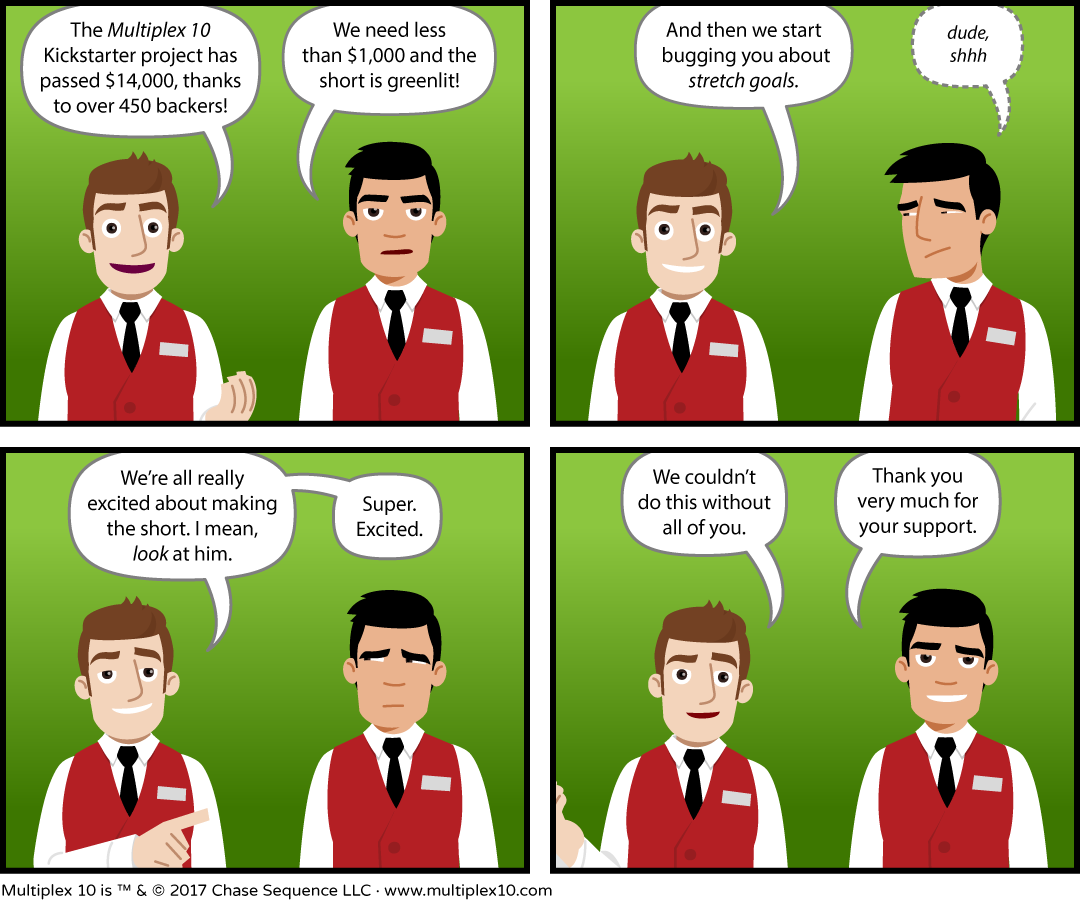 I think Kurt and Jason covered everything this time. 🙂 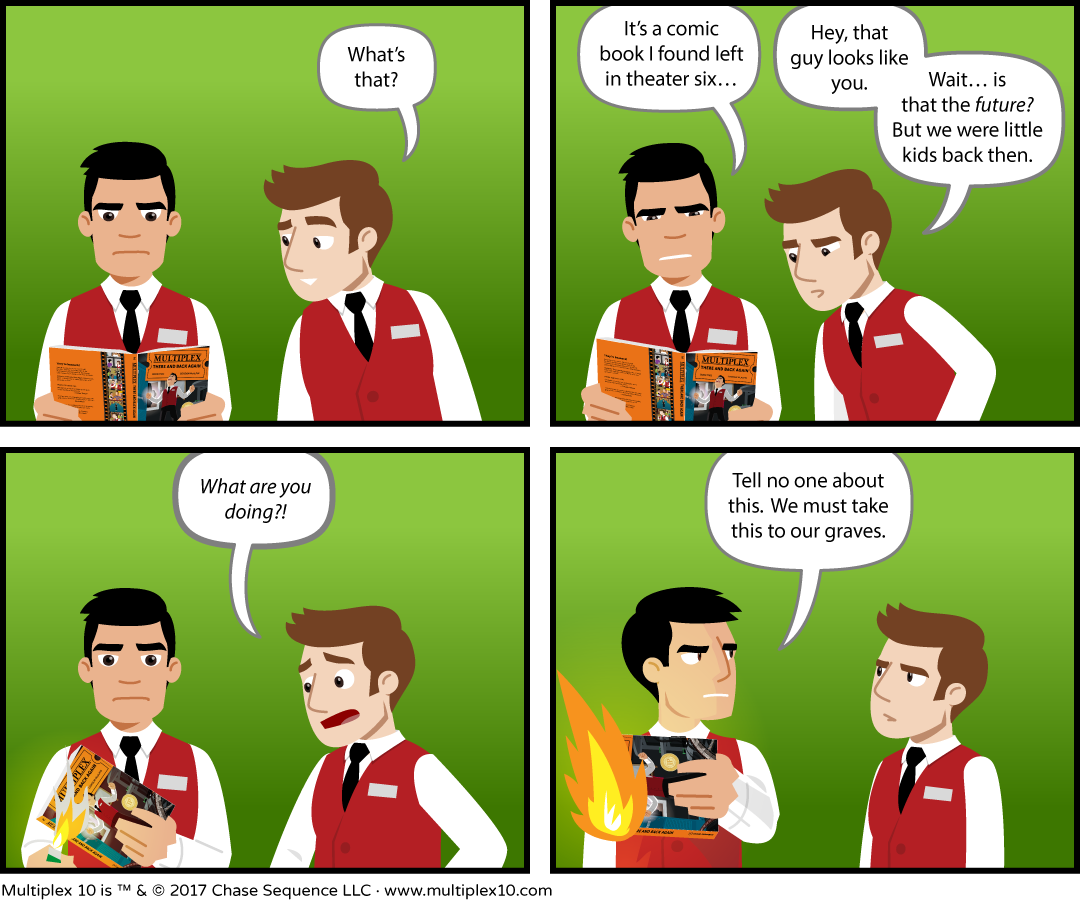 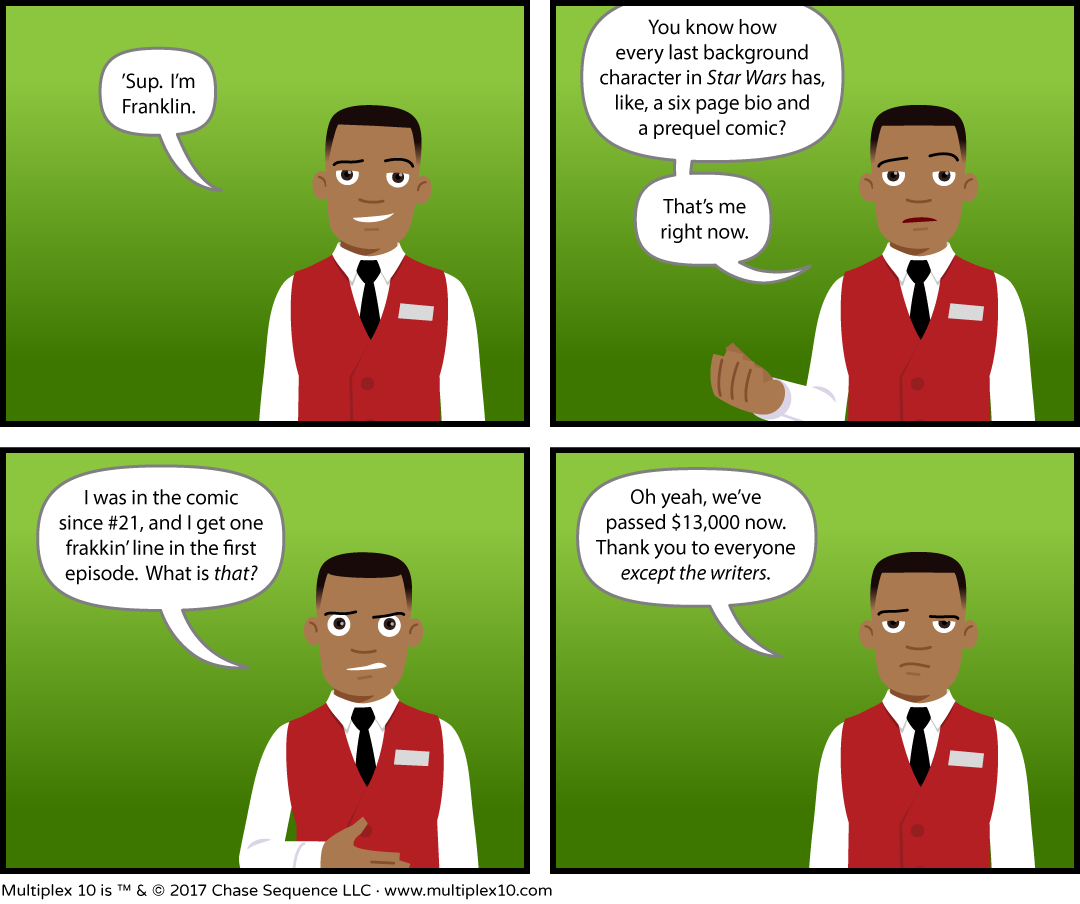