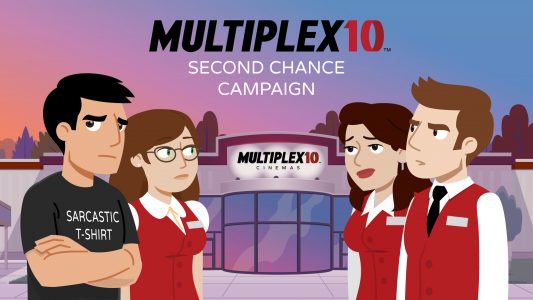 With the production of the animated short now COMPLETE, we’ve launched an Indiegogo Second Chance campaign to help fund the distribution and marketing of the short.

Rewards include the Multiplex 10 short preloaded onto a Multiplex 10 wafer USB card, the screenplay, or even a VERY limited number of producer credits, if you’re into that. And the stretch goals include producing ALL-NEW Multiplex 10 “webisodes.” So if you miss Kurt, Jason, and the rest of the Multiplex 10 gang, head on over to the Indiegogo Campaign page to learn more — and watch a preview of the first scene from the short!