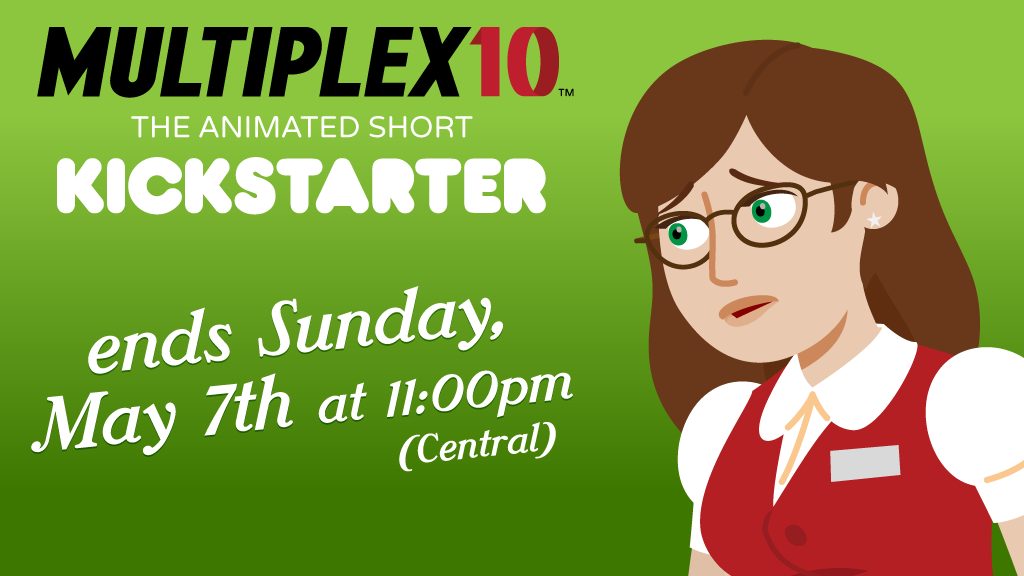 As we get closer to the FINAL twenty-four hours of the Multiplex 10 Kickstarter project, I’m thrilled with how much we’ve raised — but I’d like to make one attempt at sweetening the producer-level ($900+) reward levels in hopes that someone will swoop in for one of those at the last minute.

THE ASSOCIATE PRODUCER ($900) — Get a credit as an Associate Producer in the finished short (instead of the Special Thanks) and a special Multiplex 10 crew T-shirt — PLUS all the lower level rewards!

THE CO-EXECUTIVE PRODUCER ($1200) — Get a credit as a Co-Executive Producer in the finished short (instead of the Special Thanks) and a full-sized (27″x40″-ish) printed Multiplex 10 poster — PLUS all the lower level rewards!

THE EXECUTIVE PRODUCER ($2000) — Get a credit as an Executive Producer in the finished short (instead of the Special Thanks), your production company logo after the credits (I’ll design and animate one for you if you don’t have one already), and dinner with the director (in Somerville, MA; transportation not provided) — PLUS all the lower level rewards! 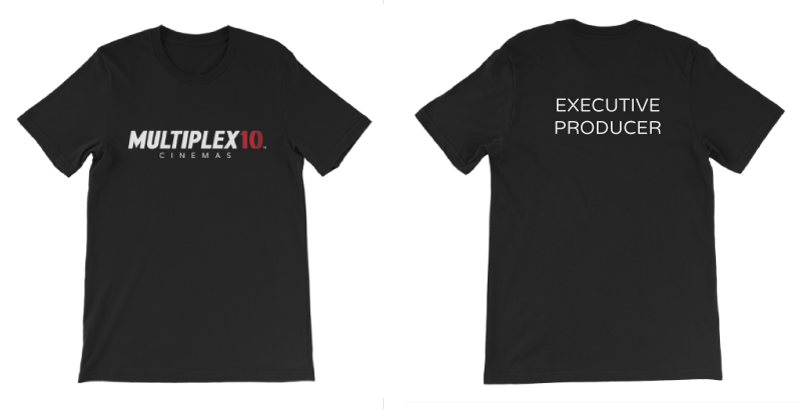 Head over the Kickstarter project page to see ALL of the rewards levels!