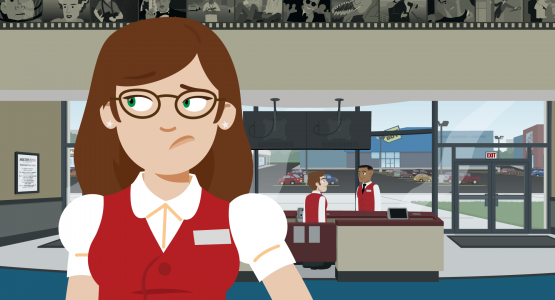 My arm is recovering slowly but surely. I’ve been saying this a while in the Kickstarter updates, but I’m at about 4 hours per day most days. If I get too excited about feeling good and exercise or work too much one day, invariably the arm will be extra-sore the next day, and I’ll only get a couple of hours in. So it’s a tricky balance to figure out.

But, still, I’m making progress again, which is great.

Earlier this week, we had a pick-up session for a few of Melissa’s lines, and while I think I want to redo a couple of Jason’s lines, I can do that any time — so, essentially, all of the dialogue is now recorded! Huzzah.

At this time, Acts 1 and 3 are completely designed. I’m nearly finished with designing all of the characters and elements for Act 2. By “designed,” I mean I’ve drawn a still like the featured image or the one below, with all of the characters, background elements, and props. Act 2 takes place in the lobby of the Multiplex 10, so it has a lot of background elements — cars in the parking lot, movie posters, video game screens, a trailer playing on the TVs… And some customers will be added into these backgrounds, as well, once I’ve designed everything else. 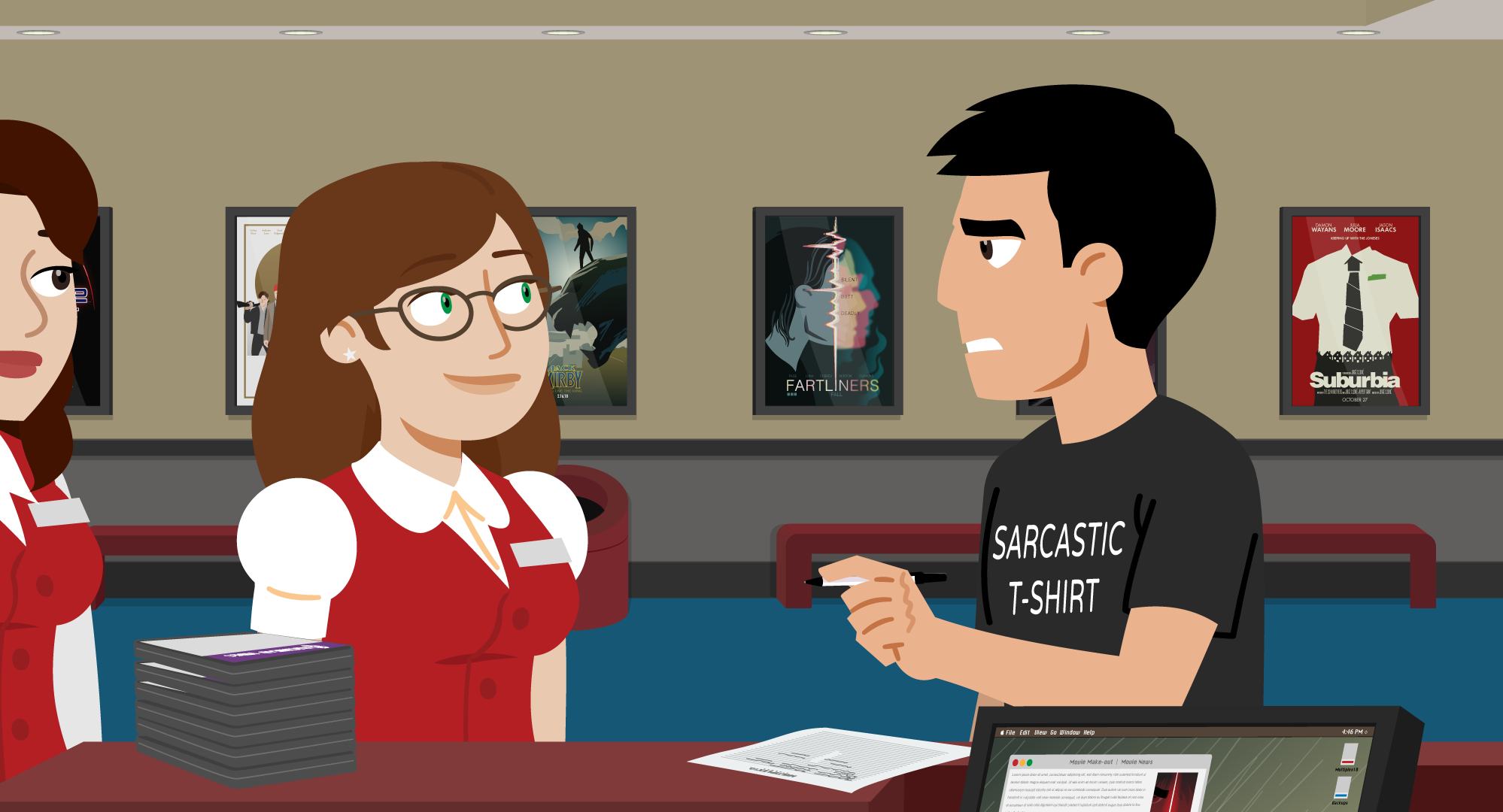 So in the next few days, I should be about 2/3 of the way through the design process. I expect Acts 4 and 5 will go fairly quickly, though; their backgrounds aren’t especially complex.

I am moving to a new apartment in a week, but the moving process should be relatively painless (with my shoulder, I won’t be lifting any boxes myself), but by this time next month, I expect to be animating some of these shots.