In addition to the second prize pack giveway that I announced last night after we passed the 50% milestone, I wanted to do another giveaway:

I’m giving away one cameo appearance in an upcoming Multiplex 10 web series episodes for every 100 backers we get, if the project is successfully funded! (These will most likely be customer appearing the background of the lobby or an auditorium.) 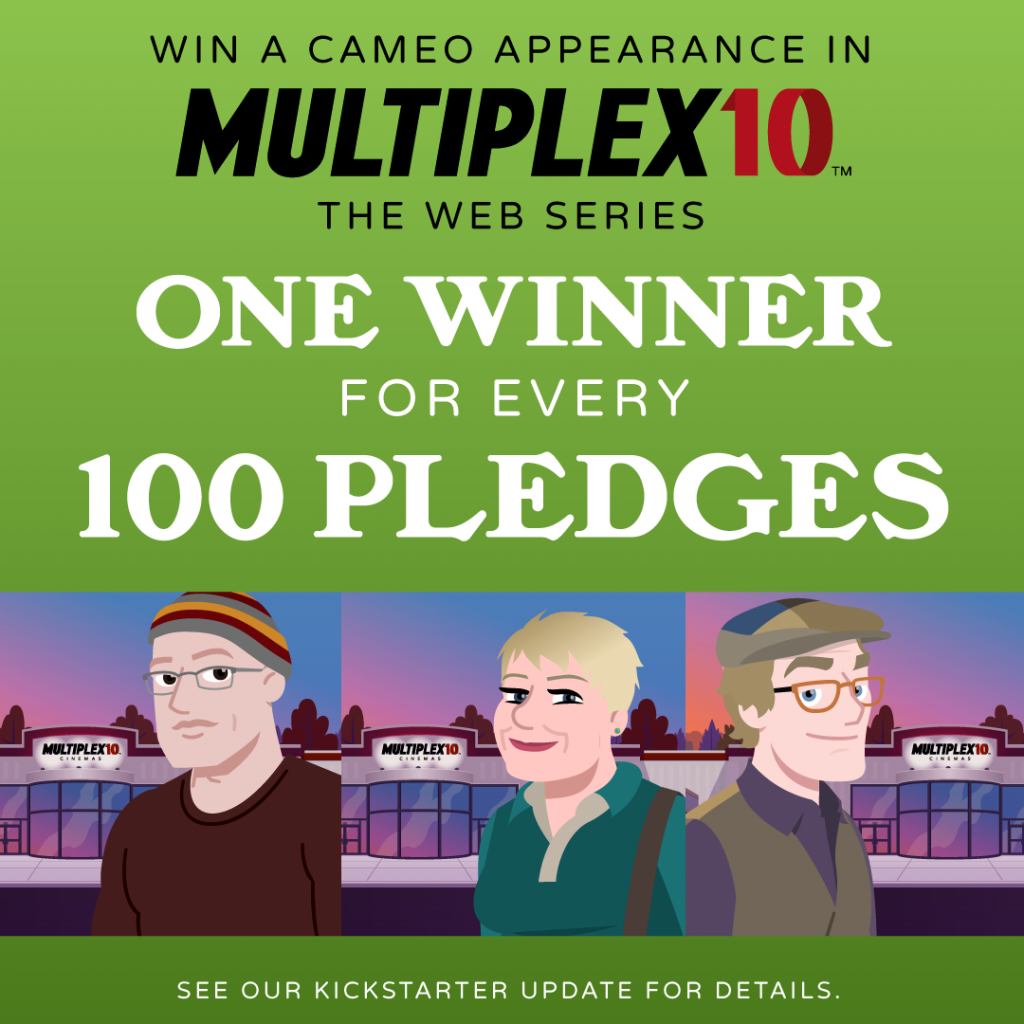 Additional cameos will be unlocked for every 100 backers we get, and as a thank you to earlier backers, they will get multiple chances to win —but every backer will have at least ONE chance.